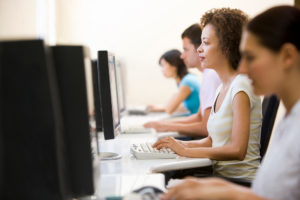 The telco industry has been planning now for many years the sunset of the legacy telecom network that has been in place for over 50 years. Many carriers have already started to remove their old telecom networks and move to SIP or VoIP digital signaling. As carriers move off the old SS7 network and onto new networks run by IP signaling of packets riding on the internet, dealers alarm panels will have issues communicating. AT&T the largest network in North America has a goal of having 100% of its old network dismantled and their entire signaling moved over to VoIP and SIP by end of 2017.

Tristar has taken the lead and moved already to an all SIP network built for alarm signaling which removes many of the issues dealers are currently facing. These issues also cost you the Dealer money because panels reported as not working many times end up in a service call. These issues plaguing dealers are not the results of anything you did, but more over the result of the industry moving and changing, and alarm centers not updating with the times toward being all digital like TriStar is. We use the only alarm signaling network built by the alarm industry for the alarm industry with you the dealer in mind. The signaling network comes from IPtelX telecom http://iptelx.net/alarm.html

As AT&T and others pull down their SS7 legacy networks and switch to VoIP type networks riding on the free service of the internet, more dealers and more centers will face the issue of many communication issues.